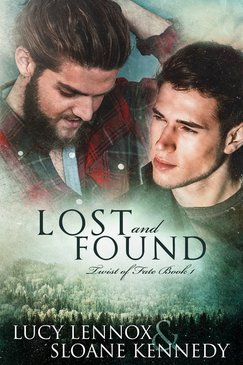 He promised to never leave me. But when I needed him the most, that was exactly what he did…
Wilderness guide Xander Reed has spent fifteen years trying to forget the night he turned to his best friend in his darkest hour, only to find the young man who’d sworn to always have his back was turning his on Xander instead. Two thousand miles and fifteen years of building a new life in the quiet backcountry of the Rocky Mountains should have been enough to put the memory of Bennett Crawford out of his mind forever, but old wounds run deep and when Bennett suddenly reappears in his life as part of a wilderness expedition Xander is guiding, the scars he thought long healed break wide open.


I’d only ever wanted to protect Xander from getting hurt again. I never considered the one he needed protection from was me…
Bennett Crawford was faced with an impossible choice the night his best friend needed him.

As the only son of one of the wealthiest families in New England, he should have had the world at his feet, but losing his best friend at the tender age of fourteen changed everything. And even though Bennett’s managed to hide behind a mask of contentment as he takes his place at his father’s side in the family business, inside he’s searching for the piece of himself that’s been missing ever since Xander Reed walked out of his life. Bennett’s only saving grace is his work with a group of inner city kids, and when he’s given the chance to show the troubled teens that there’s a bigger world out there waiting for them if they just have the courage to reach for it, he takes it.

But when he steps off that bus for what was supposed to be a week of fun and adventure, he’s instantly returned to the past when he discovers their expedition guide is none other than the boy he let go so long ago. Only, the soft-hearted, insecure little boy Bennett once knew is gone, and in his place is a brooding, bitter man who isn’t interested in second chances.


People leave. I know that now and nothing Bennett has to say to me will change anything…
All Bennett wants is another chance to show Xander that friendship was only the beginning. But when a stubborn Xander refuses to even hear him out, Bennett realizes he’s going to need to fight dirty. 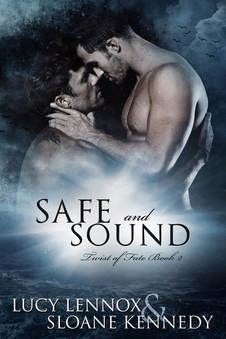 I’ve been drowning for a long time. I never thought I’d find someone who knows what that’s like…
Self-proclaimed playboy, Aiden Vale, has it all – good looks, successful career, plenty of cash in the bank and an endless supply of men who know the score… that one night is just that. So the last thing he wants, or needs, is to forge a connection that might mean revealing more of himself than he’s ready to. But when fate intervenes, putting Aiden in the path of someone who threatens to knock down his carefully constructed walls, he’s quick to realize the young man he’s become infatuated with is hiding a painful secret.

I finally have a shot at freedom. I’ll never let anyone take that from me ever again…
Ash Valentine is just looking for a way out, and the last thing he wants or needs is another man controlling every aspect of his life. Desperate for the cash that will help him flee his abusive boyfriend, Ash accepts what is supposed to be a temporary job at a local coffee shop. But nothing prepares him for the gorgeous and enigmatic Aiden Vale, and the small acts of kindness the charming coffee shop regular bestows on him or the new friends he begins to make along the way.
Terrified of once again becoming too reliant on someone else to take care of him, Ash refuses Aiden’s repeated offers of help in any form. But when it becomes clear that there’s something more behind Aiden’s need to save him, Ash begins to wonder if he’s found someone who needs saving just as badly.

I know he wants to save me, but what if he’s the one who needs saving…
As their tentative friendship turns into something more, long buried secrets begin to surface. When Aiden’s need to protect Ash clashes with the younger man’s desire for independence, memories of the one he couldn’t save begin to tear at the fragile cords of Aiden’s soul, and he’s forced to face a truth he’s been hiding from for a long time.
Threatened with losing what they’ve only just found, will Aiden and Ash find a way to accept their pasts or will they let the pain drag them below the surface for good?
Buy Link 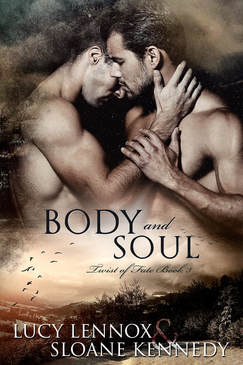 Oz: Escaping the international modeling scene to design my own fashion collection is the first step to shucking my bobble-headed supermodel reputation and proving to the world I’m more than just a pretty face. But the minute I have to accept roadside help from the sexy man next door, I feel like the airhead people think I am. And what’s worse, the man clearly doesn’t think I’m worth the time of day.

But despite trying to ignore my attraction to the mysterious doctor, I can’t help but be drawn to him. With every moment spent together, I begin to realize he’s hiding more than just some details of his past. He has one foot out the door.

As soon as I start to feel like everything might be coming together for me, I realize the man I’m falling in love with isn’t who I thought he was.

Jake: After three years on the run for being in the wrong place at the wrong time, I’ve finally found a seemingly safe place to settle in Haven, Colorado. With friends, a job, and a cabin in the woods, I have everything I need to live a simple life without drawing attention to myself. Everything’s fine. Fine.

Until I meet my new neighbor. The gorgeous man is anything but subtle and brings color to my life that I didn’t know was missing. But I learned years ago that falling in love with someone wasn’t an option anymore when simply being seen with me could have dire consequences. It’s time for me to run again, but I wonder if it’s safe to stick around just long enough for a taste…

Just when I begin to realize Oz is the missing piece to bring me back to life after years of hiding, my past catches up to me and throws everyone around me into danger. I know I should run, but what if it’s time to finally stop running and make a stand, once and for all?
Buy Link