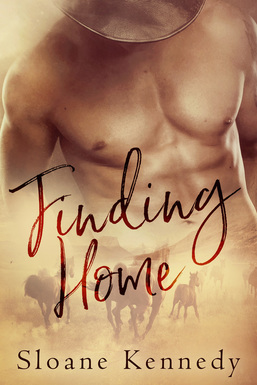 "I've done everything wrong, Finn. From day one. It was the only way I knew how to be with you and still be worthy of you. But I see now that I never really was." --Callan

Vengeance. It's the one thing on ex-cop Rhys Tellar's mind and he's spent every day of his two year prison sentence planning how he'll bring down the former lover and partner who sold him out and cost four people their lives. A six month parole stint working at the CB Bar Ranch in Southwestern Montana should be the easiest thing he's ever done. But the last thing he expects is to feel something for both the charismatic ranch hand who befriends him and the enigmatic foreman who's pretending to be something he's not.

A future. That's what Finn Stewart wants, but to have it he must leave behind the man he wants above all others, his very straight boss and best friend, Callan Bale. As the only openly gay man in a small, homophobic community, Finn has to fight every day to be who he is and walking away is starting to seem like the easier path. Until Rhys Tellar shows up and changes everything.

A Lie. Callan Bale's entire life has been about hiding the man he really is and it's about to cost him the one person who's managed to worm his way past the walls he's spent years putting up. But choosing Finn would mean giving up everything he's worked for and breaking the promises he's made. At least losing the younger man to Rhys means Finn can have the life he deserves. 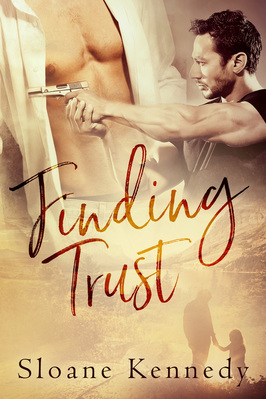 He wanted a new beginning. What he got was a glimpse of a life he could never have…

Widower Dane Winters just wanted a new beginning for himself and his six month old daughter after his estranged husband’s cold-blooded murder and moving to a small town in Southwest Montana seemed like a good place to start. But he never expected a favor for a friend to turn into a deadly encounter that puts him on a collision course with a mysterious stranger passing through town.

Former FBI agent Jaxon Reid stopped in Dare, Montana to right a wrong, not get caught up in the life of an uptight, country vet with a holier-than-thou attitude. But he soon finds himself drawn to the quiet, insecure single father who’s trying to leave behind a life of pain and heartbreak.

Dane can’t deny his attraction to Jax, but he knows that pursuing a relationship with the gorgeous, younger man will only end in heartbreak and turn him into someone he swore he would never be again. But when danger looms, he’s forced to accept Jax into his life and home, along with the emotional vulnerability that being around Jax brings to the surface.

As their connection deepens, can Dane find the trust Jax needs from him in order to build a life together or will he let his past destroy his one chance at a real future? 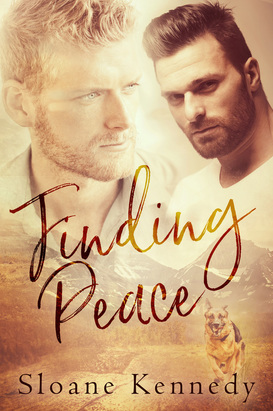 Author Gray Hawthorne has it all and he’s on the verge of having even more. His bestselling detective novels are being turned into a movie series that will make him a household name and he’s rubbing a lot more than just elbows with Hollywood’s elite. Money, fame and good looks mean an endless supply of men, both groupies and celebrities alike, which suits Gray just fine. He’s smart enough to know that his 5 minutes in the spotlight will be just that and he plans to enjoy every moment. Until he gets the devastating news that threatens to steal everything away…

Army Ranger Luke Monroe lives and breathes the military. They’re the family he never had and a life without his brothers-in-arms is unfathomable. But the ultimate betrayal has Luke on the run and a twist of fate leads him to the small town of Dare, Montana to seek help from the foster brother who saved him once before. Only the brother he’s searching for isn’t the man he finds and he has no choice but to keep running. Until an encounter on the side of the road with a stranger changes everything.

The last thing Gray wants when he seeks refuge at his cabin in the secluded Montana mountains is company but a run-in with the mysterious and very straight Luke has Gray offering the damaged soldier a place to regroup. And since a physical relationship isn’t even on the table, Gray finds himself enjoying something he hasn’t had in a long time…a real friend.

But what happens when friendship just isn’t enough? When a man who’s only been with women begins to crave more? 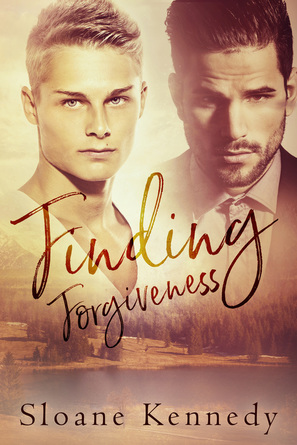 He was only there for a business deal…
A couple of days…that was all it was supposed to take for property developer Roman Blackwell to decide if the strip of land just south of Dare, Montana would be the perfect spot for his next luxury resort. He wasn’t interested in repairing his frayed relationship with his half-brother who’d moved to the small town a few months earlier and he definitely wasn’t interested in doing anything more than scratching an itch when he checked out the gay club near his hotel. But when his plans for a quick hook-up are waylaid after he steps in to save a young man being brutalized, Roman finds himself building an emotional connection he never saw coming.

One bad decision changed everything…
College student Hunter Greene has spent 18 months trying to forget the one night he gave in to temptation and made a decision to hide one lie by telling another. But the guilt of knowing he shattered another young man’s life to protect his own secret shame is slowly destroying him and he knows that soon even his spiral into a dangerous pattern of self-destructive behavior won’t be enough to keep his entire world from imploding. But the last thing he’s looking for is someone to save him.

But fate works in mysterious ways…
Forced to return to the town he grew up in, the last person Hunter expects to run into is the mysterious savior who changed everything with one soul shattering kiss. While he can’t deny his attraction to Roman, Hunter knows that he’ll never be free to act on it and once Roman discovers the terrible secret he’s hiding, it won’t matter anyway.

Because some things just can’t be forgiven…
Buy Link 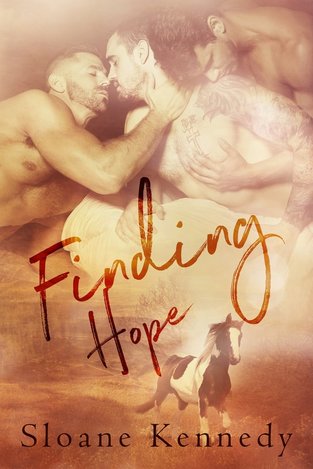 At 19, Beck Barretti is living two lives. To his family, he’s a young man trying to find his way after years of battling a mental illness that nearly cost him everything. But to the rest of the world he’s just another privileged kid with problems. The truth doesn’t even lie somewhere in between because Beck’s entire life is actually about keeping secrets.

From the people he loves.

From the ones he doesn’t.

Spending a summer in Dare, Montana with family friends isn’t about starting fresh – it’s about escaping the crippling darkness that threatens to consume him.

Quinn Donovan had the life he’d always dreamed of until a brutal act of violence ripped it all away. Even though he’s found a new future working at the CB Bar Ranch in Dare, Montana, he’s not interested in trying to get back what he once had. All he wants is a quiet life that includes a job that’s worth getting up for each morning and hanging out with his best friend, a black and white Paint stallion named Koda.

But nothing prepares him for the strange twist of fate that brings not one, but two men into his life…

Brody Wilder is done hiding in the closet. As the son of a political scion, he’s spent his entire life hiding the truth about who he is just so he could inherit a legacy he never wanted. But those days are behind him and he’s starting a new life in rural Montana where he’s saving lives as a paramedic and building a successful construction business that would surely horrify his old-money, society-loving family.

After years of denying himself, he’s taking advantage of his newfound freedom by indulging in random, meaningless sexual encounters that are about pleasure, not emotion.

Can three men who came together by chance find the hope they need to build a future with each other, or will they end up letting their fears determine their destiny?
Buy Link