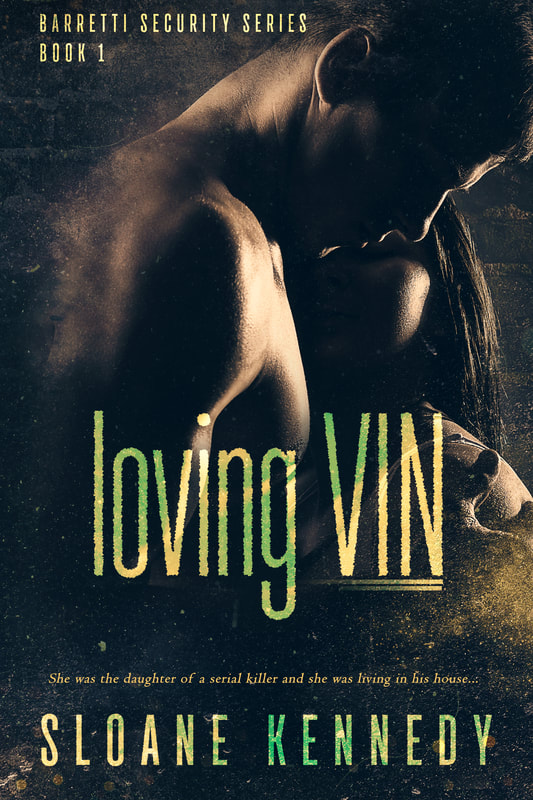 After years of searching war torn Afghanistan for his MIA brother, Vincenzo Barretti has finally come home and now he’s ready to settle back into life as co-founder of Barretti Security Group. But his home is no longer cold and empty the way he likes it.

Mia Hamilton needs a quiet place to hide from the press to try to rebuild her life. Being the daughter of a notorious serial killer is bad enough, but being the one who killed him has made her a target for every news agency in the world. She wants nothing more than to be left alone, but the reporters are relentless and will stop at nothing to get their story. With no place to go, she accepts an offer from Dominic Barretti to stay at his older brother’s home until she can figure out what to do next. But she didn’t expect the homeowner to return so soon or to feel something she’s never felt when he’s around.

Vin doesn’t need or want a woman in his life and certainly not one that comes with so much baggage. So what if Mia evokes feelings in him he thought were long dead? She’s a liability and he wants her gone. But forcing the quiet, strong-willed young woman from his life turns out to be a lot harder than he thought…
Buy Link 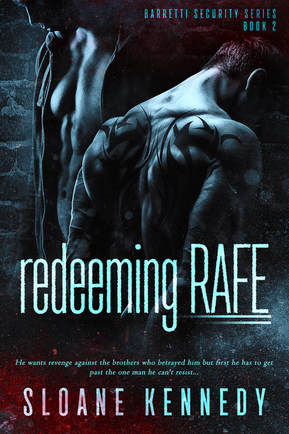 At the tender age of eight, Rafe Barretti lost everything. His parents, his childhood, his innocence. And the brothers who were supposed to protect him let him go instead. Twenty years later and he’s finally ready to exact his revenge by taking away everything they hold dear – their company, their reputations, their futures. But even that isn’t enough - their loved ones will have to pay too and all their precious secrets are fair game.

Former mercenary Cade Gamble’s only job is to take down the hacker stealing sensitive, private information from Barretti Security Group and Cade is damn good at his job. But there’s more at stake because the co-founders of BSG, Dom and Vin Barretti, are like family and no one touches Cade’s family. The fact that the vengeful young man turns out to be the youngest of the Barretti clan doesn’t matter. But when their tumultuous encounters turn into something more, Cade will have to decide between protecting the only family he has and giving in to his need to save Rafe from himself.

Can Cade help Rafe find redemption so he can forgive the sins of the past or will Rafe’s quest for vengeance destroy them both?
Buy Link 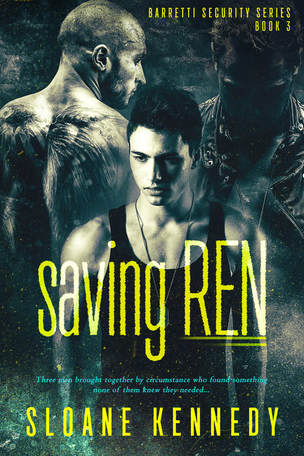 Ren Barretti has finally come home after a year of being held captive by the terrorists who slaughtered his entire Special Forces team. But he can’t escape the nightmares that torment him or the guilt that he was the only one to walk away. The life his older brothers have brought him home to doesn’t exist for him anymore and to keep them and their loved ones safe from the rage and pain that consume him, Ren needs to disappear.

Police Detective Declan Hale has felt an undeniable pull towards the very straight Ren Barretti since the day Ren’s brother married Declan’s younger sister almost a dozen years earlier. But even though the Ren who has come home isn’t the one who left, all of Declan’s feelings come rushing back to the surface and he steps in to help the only man he’s ever truly wanted. And even though there’s no future for them, keeping Ren safe is all that matters and Declan will risk anything to make that happen.

Tough as nails former soldier and mercenary Jagger Varos has returned to Seattle after years of running from his past and he’s hoping that joining Barretti Security Group will help him finally call the city he left behind home. But within weeks, his new beginning is tested after multiple run-ins with the gruff, infuriating Detective Hale. When he inadvertently discovers that Declan is hiding Ren from the very brothers offering Jagger a new start, Jagger finds himself torn between his newfound loyalty to Vin and Dom Barretti and the need to protect the young man he himself helped rescue from his captors.

For Declan and Jagger, it’s hate at first sight but they soon realize that they will need each other if they have any hope of saving Ren from himself. And neither of them expects their mutual distrust in one another to grow into something else entirely or that Ren himself will find in both of them what he needs to rebuild his life and come to terms with who he really is.

Can the fierce attraction between three men become something more or will the demands of the real world tear them apart?
Buy Link 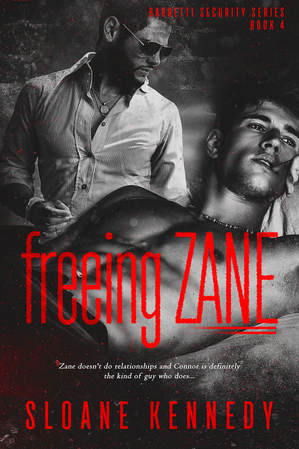 Criminal defense attorney Zane Devereaux is on the verge of having everything he’s worked his entire life for. He’s on track to become his firm’s youngest managing partner and he has enough money in the bank to ensure he’ll never have to be at the mercy of anyone ever again. He’s left his past exactly where it belongs and refuses to look back. And he sure as hell isn’t going to risk a repeat of his former mistakes by letting someone as sweet, sexy and endearingly vulnerable as Connor Talbot into his life. His bed maybe, but not his life.

Connor Talbot has no regrets about serving his country, even if it did cost him more then he’d imagined. Two years after an IED took his leg and left him with permanent brain damage, Connor is still struggling to put his life back together, but he’s managed to find a makeshift family in Seattle that helps ease the pain of losing his own at a young age. Unfortunately, a string of bad relationships and an abusive ex have taken their toll on Connor and he’s given up on finding the lifelong partner he’d always envisioned he’d have. But a chance encounter with a man he has absolutely nothing in common with except for an intense, white-hot chemistry has him thinking that maybe a no-strings, physical relationship is exactly what’s called for.

What begins as two men meeting each other’s needs between the sheets turns into something neither one was prepared for but the wounds of the past run deep and both men will have to decide if a future together will cost them too much or if what they could have together is worth fighting for.
Buy Link