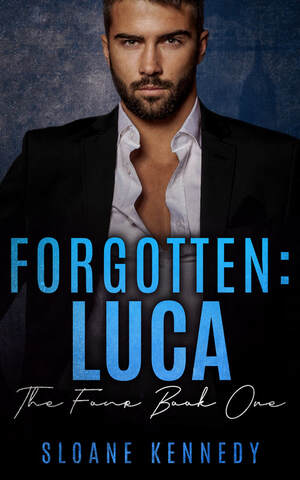 LUCA
I left him behind because I had no choice…
That’s what I keep telling myself but it doesn’t make it any easier to sleep at night… or to drown out the words he kept repeating over and over the day we’d met: I just want to go home.

That was eight long years ago and I’d only known him as Billy, a terrified fourteen-year-old I’d had to leave behind to save someone else.

But his name wasn’t Billy and he’s no longer a frightened kid lost in a world where he was nothing more than a possession. His name is Remy and while I didn’t recognize him upon meeting him again, he sure as hell remembers me.

It would be easier just to turn my back on him a second time, especially since that’s exactly what he wants, but there’s no way I can let the tormented young man go. At least not without trying to make things right first. The problem is, even if I can make up for leaving Remy behind so long ago, I’m not sure I’ll be able to walk away from him twice.

I don’t know what that means but I do know that it scares the hell out of me.

Because needingin my world comes at a heavy price… one that not evenIcan afford to pay.


REMY
He gave me hope when I’d had none left but he forgot about me just like all the others…
I fight. That’s what I do. It’s who I am.

But when Luca Covello walked into the dark, dirty room my captors were keeping me in so long ago, I’d already decided to do the one thing I hadn’t in the three years since I’d been taken from my home and family.

Then he’d been there, like a bright light in a sea of darkness, and I’d had something new to fight for, to stay alive for… the day Luca came back to get me like he’d promised.

Except he never came.

And now, eight years later, he’s decided he wants to play the hero and save me. Well, I don’t need saving.

Not anymore…not ever.
Along with two years of sobriety under my belt, I’ve got a good job, a decent apartment and I’ve managed to put my past where it belongs… in the past. No one, not even the gorgeous, mysterious businessman is going to mess things up for me. If he’s come seeking forgiveness, I’m fresh out.

And if he’s come seeking something else… well, let’s just say that when I’m done with him, there’s no way he’ll forget me this time around.
Buy Link 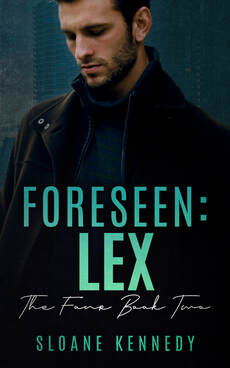 LEX
Even if I wasn’t losing my sight, I never would have seen him coming…
I’ve known my fate for years, but I wasn’t willing to accept it. But as the light in my eyes dims a little more each day, I have no choice but to adapt.

The secluded cabin in the north woods of Maine is supposed to be an escape… a place where I can figure out how to move forward with my life… to find out if I even can.

GIDEON
He wants to be left alone? Fine by me. But I’m not going to watch him just give up…
Wanting to be left alone, that’s something the guy and I have in common. But that’s about it. As far as I’m concerned, he’s just another rich city boy playing at living off the grid for a while. He’s got no idea what it really means to be alone.

My job is to take care of the cabin he’s staying in and that’s it. It doesn’t matter that I can’t stop thinking about why he looks so damn broken or wondering why he stirs something inside of me I thought long dead.

But try as I might, I can’t stay away from him, just like I can’t watch him give up on himself. He may be losing his sight, but I won’t let him lose himself.

I won’t let him become like me…
Buy Link